Perfect summer weather and plenty to see made this a truly magical visit! 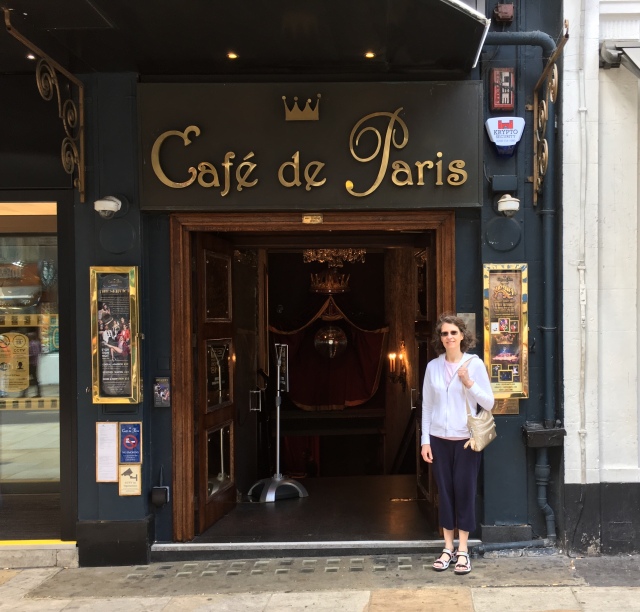 My first stop was the Cafe de Paris in Leicester Square. Opened in 1924, it has entertained many famous clients including royalty and celebrities. I used the club as historical inspiration in The Next Forever, in which Charles and Victoria travel to 1926 and retrieve an ancient treasure from a popular jazz club. 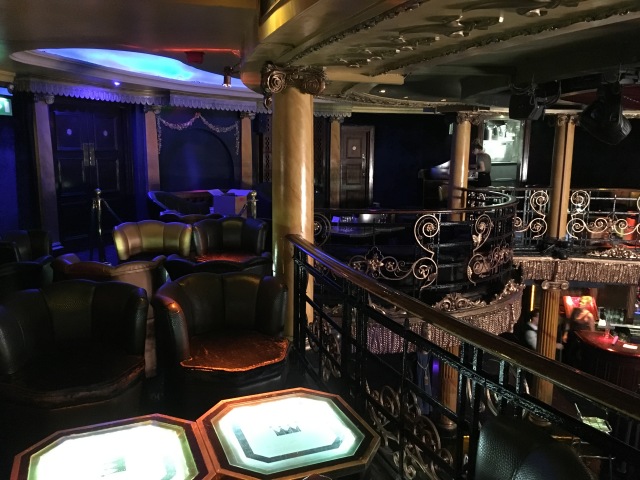 In The Next Forever, the scenes in chapters 2 and 3 take place in the back portion of the cafe, where Charles slips through the door at the back while Victoria distracts its guard. This photo was taken on the mezzanine level of the cafe which features different cabaret-style shows on the weekends. 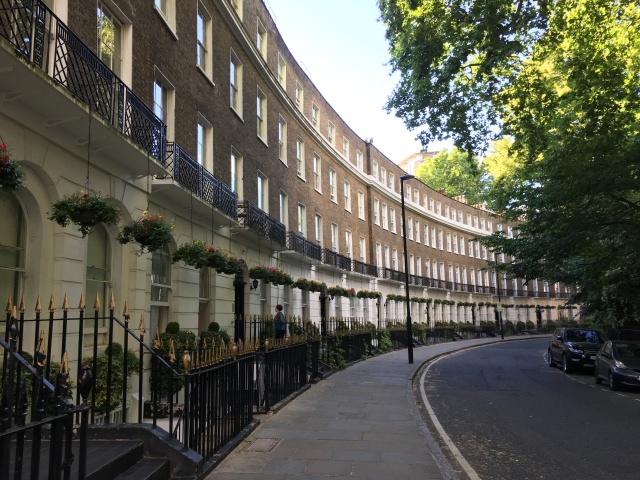 Another stop during my trip was Cartwright Gardens in Bloomsbury.  This beautiful crescent built in 1810 houses a “hotel for time-travelers” in The Next Forever. It’s a short walk from the North Sea Fish Restaurant, my favorite spot for fish and chips. 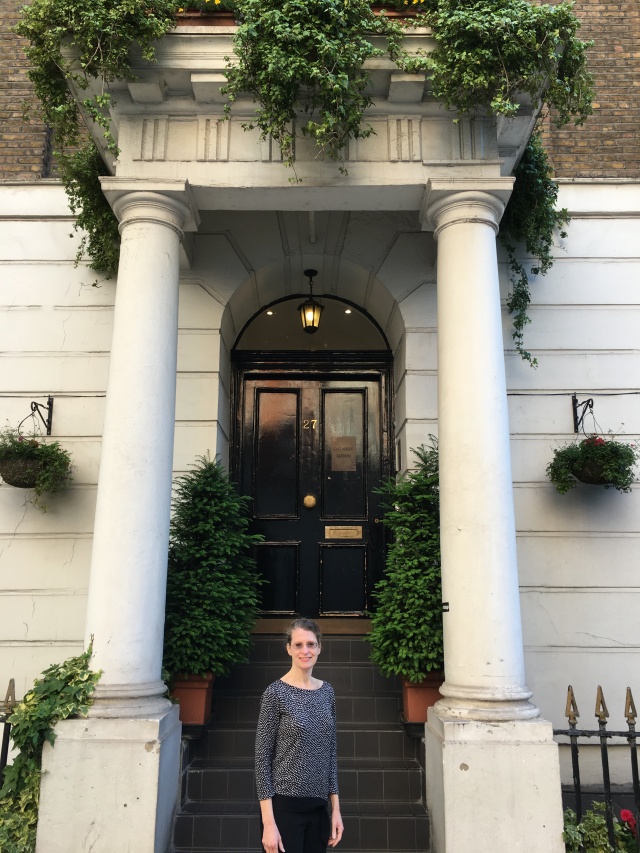 This door at the north end of Cartwright Gardens resembles (more than a little) the entrance to the secret hotel known as “Number 26” in The Next Forever. The actual crescent ends at Number 27. I added an extra number so I could have some artistic license with the building’s interior and purpose. 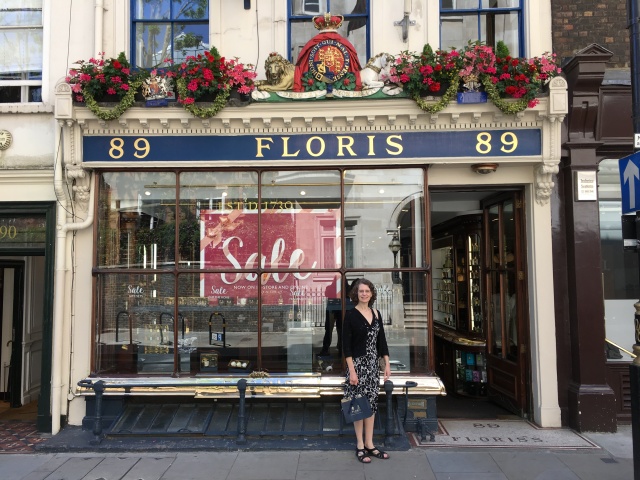 Founded in 1730, Floris has sold perfumes and grooming products to royalty including King George IV, politicians including Winston Churchill, and historical figures like Florence Nightingale from its original location at 89 Jermyn Street in the St. James area of London.  In The Next Forever, Victoria visits the store during a Regency-era shopping spree with Lady Fane and Neelema Prakash. 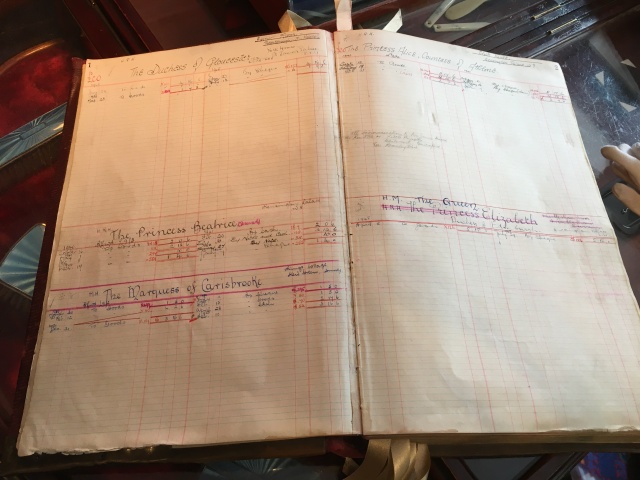 While I explored the museum at the back of the shop, I was invited into the “bespoke fragrances” room where perfumes are specifically tailored for individual (and wealthy) clients. I got to examine the Floris ledgers which document the fragrance preferences for Queen Elizabeth (pictured here), Winston Churchill, Noel Coward, and many other notable figures in British history. It was a completely unexpected treat, and I was delighted to be able to take pictures of the ledgers. 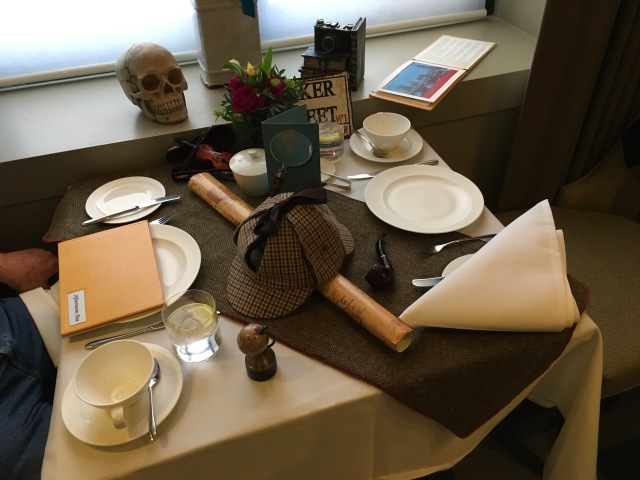 I took some time out from scouting book sites to enjoy a “Sherlock Holmes” afternoon tea at the Taj 51 Buckingham Gate hotel. The Sherlock stories by Sir Arthur Conan Doyle have been favorites of mine since I was young. 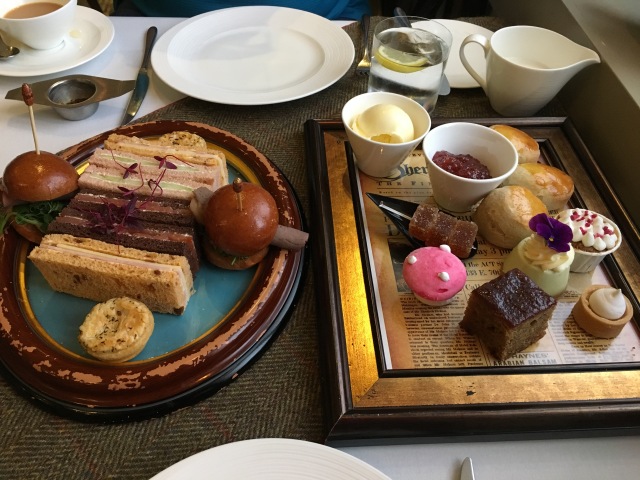 There was no shortage of food in this afternoon tea.  The sandwiches took top marks for taste – the best I’ve ever eaten! 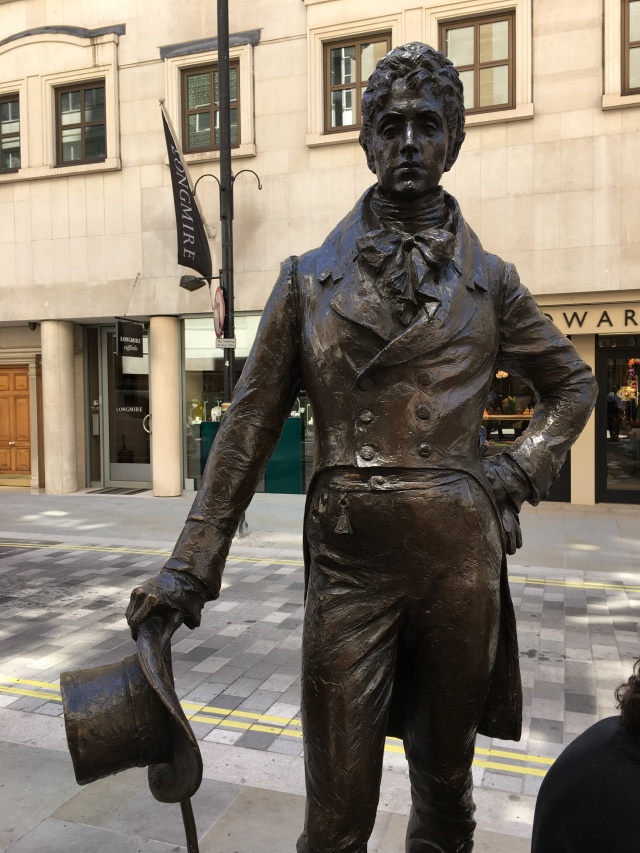 Not far from Floris on Jermyn Street, I located the statue of Beau Brummell, a well-known figure from the Regency Era. For many years, Brummell was considered “the arbiter of men’s fashion” in London, and his name remains a cultural reference to an impeccably dressed gentleman. Brummell makes a silent cameo in The Next Forever when Charles and Victoria attend an assembly at Almack’s, another Regency hot spot. 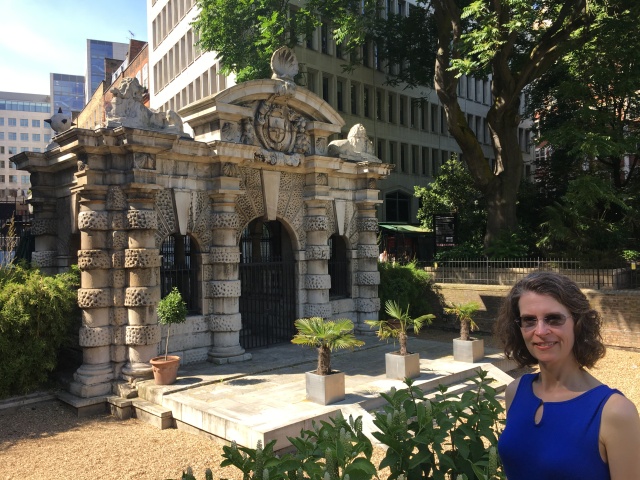 The York Watergate which sits in the Victoria Embankment Gardens is the setting for a major showdown in 1952 between heroes and villains in The Next Forever. The gate was built in 1626 and is all that remains of a palatial mansion and estate. The Thames used to reach the edge of the watergate’s steps which are now several hundred feet away from the river’s bank. 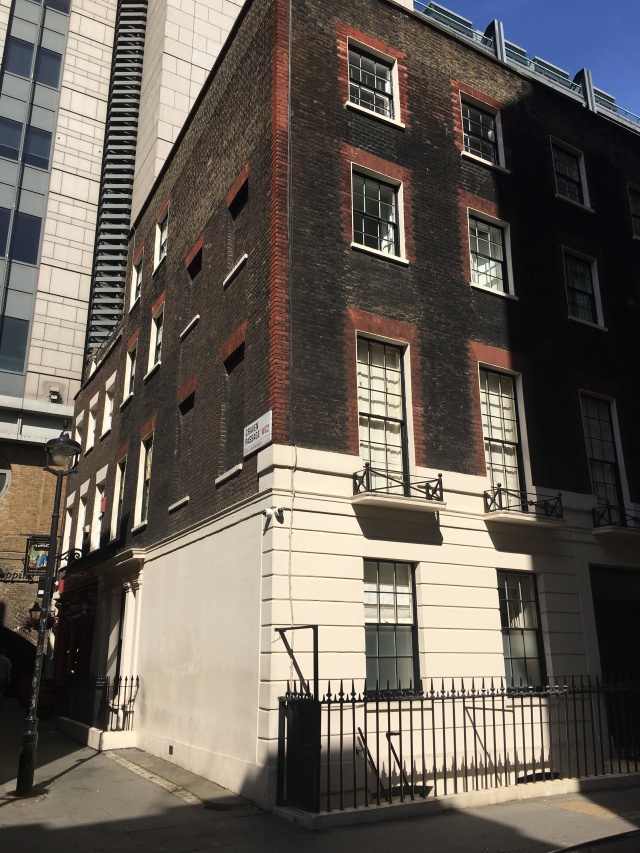 Craven Street has a wonderfully creepy name that complements its dark brick buildings. This corner house inspired the villain’s bolthole in The Next Forever where Charles and Tori are held captive. Between 1757 and 1775, Benjamin Franklin lived at 36 Craven Street in a house which is now a museum. 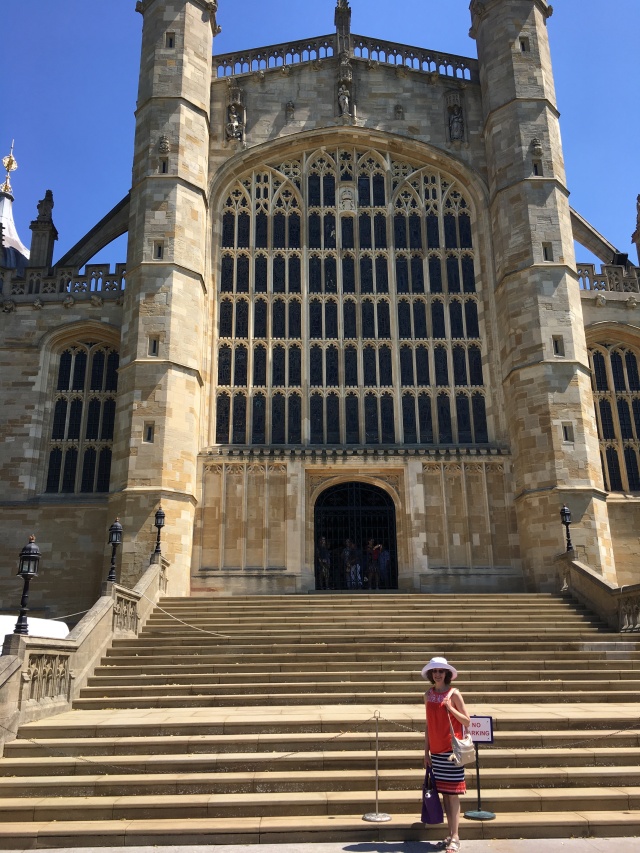 With memories of the royal wedding still fresh in my mind, I took the train down to Windsor Castle. It was on these steps that Harry and Meghan shared a kiss as husband and wife. 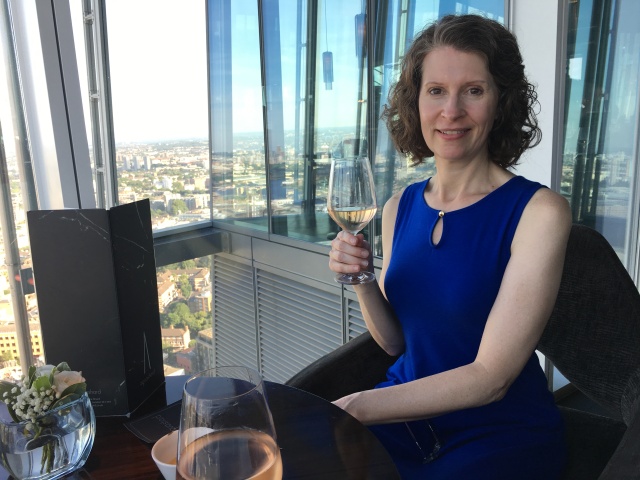 All in all, it was another lovely trip to London. If you ever visit, I recommend having a drink at Aqua Shard, a bar on the 31st floor of one of London’s tallest skyscrapers. It isn’t featured in any of my books – not yet – but I’ve filed away the experience for future stories!

Touch the cover to find out more about The Next Forever, book three in the Love Across Londons series which should be read in order.